This page was created as a token of our appreciation for the volunteers in our community. Esterhazy would not thrive the way it does if it was not for the volunteers who dedicate their time into making our community a better place to live. It is humbling to know we have so many dedicated citizens living amongst us.
Below you will find nominated volunteers who have shown exceptional commitment to our town. If you know of anyone who deserves this kind of recognition, please let us know by filling out the Volunteer Recognition Nomination Form. 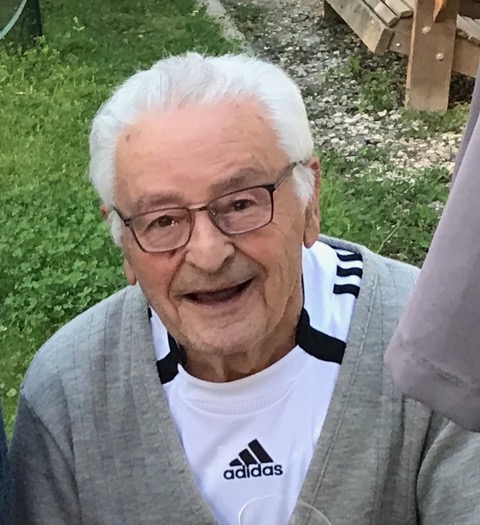 In the words of Phillipp Gauer and Daniela Fiske: "My father Günter Gauer has been a member of this community for almost 60 yeas and has selflessly volunteered his time in various capacities. Dad has been recognized in this community for his contributions to soccer as the very first Esterhazy Sportsman of the Year, an event that had been held annually by the local Kinsmen Club up until about 15 years ago.

My Dad coached soccer for over 45 years as a volunteer here in Esterhazy. He actually started coaching soccer before I was born in the mid 1960’s and then coached me and my friends during my school years and continued long after I was gone; well into his 70’s. He even coached my sister’s children (his 3 grandchildren).

The soccer program was important to my Dad as he played soccer himself while growing up in Germany and had become a champion in his division before moving to Canada.

Most importantly however, my Dad enjoyed coaching and seeing the children have fun and learn about soccer. He was known to always be fair and kind to everyone; his motto being “everyone gets to play”, no matter what their skill level was.  He even had taken upon himself to build the smaller soccer goals that are still used today. The steel for the goals had been donated by the Kinsmen Club of Esterhazy at the time. 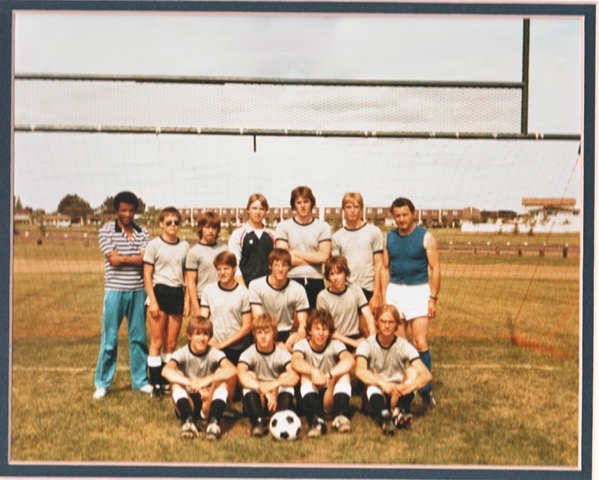 Dad would also bring all the kids’ jerseys home to be washed after games and many times Dad would transport the team in his Station Wagon to the games that were played out of town. Games were often arranged through his own soccer contacts 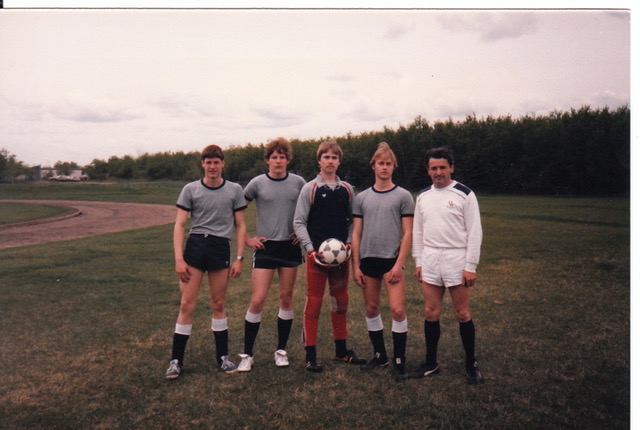 1985, taken after practice..  From left to right: Philipp Gauer, Leif Hande, Tim Benna, Emery Berezowski, coach Günter Gauerin the earlier years, as there were no organized leagues in those days.

Many of my friends still refer to him as “coach" and when they come to Esterhazy to visit family and relatives, they still make sure to drop by and visit him and reminisce on the fun we all had playing soccer; whether here in town or during away games in other towns and cities. I still often get messages from friends and acquaintances asking me how “the coach” (my Dad) is doing. He actually has kept in contact with many of my old team mates that are now grown up and have families of their own. He was invited to many weddings even though most of them had moved away. Many have told me that they hold great memories growing up because of him and they consider him a mentor and even family. 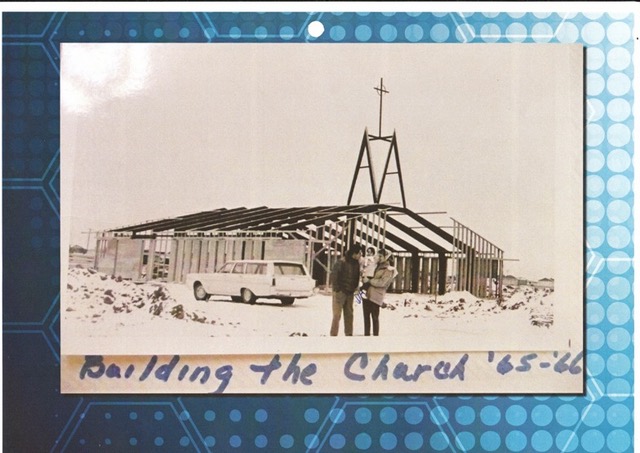 1965 / 1966 ..Günter & Marlies Gauer (my parents) holding my sister (Daniela Fiske) in front of the Redeemer Lutheran Church under construction in Esterhazy Along with coaching soccer, Dad has also been recognized for his volunteerism through the Kinsmen Clubs of Canada and the Lifetime Master Kinsmen award. He was an active participant in the Esterhazy Kinsmen Club and worked on many projects that helped raise money for the town of Esterhazy and many other non-profit groups in town. Dad’s most proud achievement while in the Kinsmen Club was being a member of the Kinsmen Foundation Board of the first Telemiracle in Saskatchewan. Later on, he still remained active as a member of the Esterhazy K-40 club. 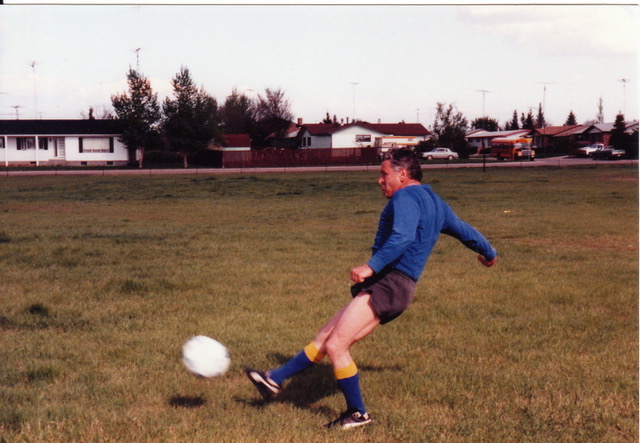 Dad’s deep Christian faith has helped to shape his volunteering.  He was inclusive before it was “popular” having experienced being an outcast at times in his life.  And, he recognized that everyone needs a hand up sometimes, regardless of circumstance.

On behalf of Gord Shaw (who nominated my Dad), my family and friends, and all the children he has coached... I thank you in advance for taking the time to commemorate my Dad’s contribution to our community. I know that Dad didn’t expect any recognition, but I’m sure he will be happy to see that all of his years of coaching and volunteering were appreciated."